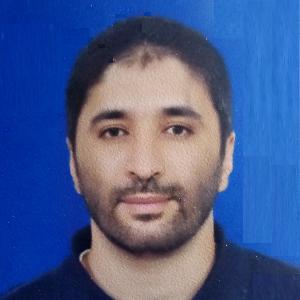 Estimation This study was conducted in the laboratories of the Faculty of Agriculture at Misurata University. A total of 120 fresh eggs were collected from laying hens of commercial hybrids Hy-Line With36 strain. Then, samples were divided into two groups, The first group (WN) included 60 eggs from non-molting laying hens aged 16 months, and the second group (WM) included 60 eggs from Force-molted laying hens aged 10 months in the second cycle. The eggs were numbered and the external quality was estimated by weighing each egg, egg shape index (longitudinal and transverse axis), shell thickness, internal quality estimation by the thick albumen height, yolk index, and yolk color estimation. The results illustrated that there were significant differences in the egg weight and egg shape index of forced non-molting laying hens at the level of significance (P>0.05). There was a direct relationship between the egg’s weight, the shell’s thickness, and the age of the hen, as well as the presence of a direct relationship between the height of the thick albumen height to estimate the Haugh unit with both the weight and the shape index of the egg. The compulsively Force-molted was significantly better than the non-molting laying hens, and the yolk index was suitable for the specifications of the standard extra fresh egg for the Force-molted and non-molting laying hens. There were no significant differences between the colors of the yolk in the Force-molted and non-molting laying hens due to the similarity of feeding.
, Bashir Mohamed Bashir Sherif, Ziyad Tahar Ramadan Ben Mahmoud(3-2022)
Publisher's website

Background: Improving poultry products is a constant research topic as the poultry industry aims to provide healthy products to consumers at economic prices and achieve financial profits for breeders. Therefore, recent research has resorted to finding cheap natural sources as alternatives to traditional feed and antibiotics. Aim: The experiment was conducted to study the effects of sea buckthorn fruit residues meal on broilers‘ performance and skin pigmentation. Method: A total of 700 broiler chicks (ROSS 308) were allotted into two groups, and each group comprises 350 birds divided into 10 replicants, 35 birds to each replicant. The experimental group was fed diets where 15% of the wheat was replaced by sea buckthorn residues meal. The control group was fed diets without any color additive. Feed and water were provided ad-libitum. Results: The sea buckthorn fruit residues contained 21% crude protein and metabolisable energy calculated was 9.88 MJ/kg. The live body weight was significantly lower than the experimental group (p < 0.05) on days 14 and 28. The feed conversion ratio was significantly poorer in the experimental group compared with the control group on days 35 of age (p < 0.05). The mortality was higher in the experimental group than in the control group. The DSM Broiler Fan assessed skin color. The skin of the broilers was significantly more yellowish in the experimental group than the control group (103.08 vs. 102.38 scales). The pigmentation of the skin was higher in males than females. Conclusion: The use of sea buckthorn residues in poultry feeding negatively affected the overall performance rate. Mightily, its use in diets depends mainly on the price of feed ingredients. Thus, improving the skin color and biological value of broiler meat can determine its usefulness in broiler feed
Ziyad Tahar Ramadan Ben Mahmoud, Bashir Mohamed Bashir Sherif, (9-2021)
Publisher's website