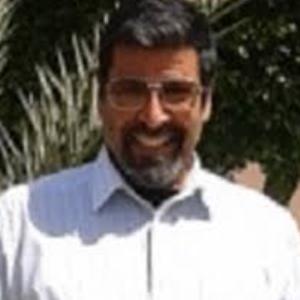 Addition of as little as 1% of linoleic-rich vegetable oils to olive oil can be detected easily and quantitatively by reversed-phase high-performance liquid chromatography on an octyl-bonded silica stationary phase (Supelcosil-LC 8). The mobile phase was acetone-acetonitrile (70:30, v/v), used isocratically. The chromatogram of pure olive oil was compared with those of mixtures of soybean, sunflower and corn oils with olive oil. The results indicate the possibility of the detection of adulteration by less than 1% of linoleic-rich vegetable oils in olive oil qualitatively and quantitatively in less than 15 min. An olive oil authenticity factor was established as a rapid indicator of adulteration and a simple equation for determining the extent of adulteration was derived
Ali H. EI-Hamdy(1-1995)
Publisher's website

There have been many applications of the separation of lipid classes by high performance liquid chromatography (HPLC) on silica columns I 1-16] but relatively few with bonded phases. These have been reviewed [17]. Excellent separation is possible on silica but variable amounts of water bound to the surface can limit the reproducibility of separations, especially when both simple and complex lipids are separated in a single analysis 14, 5, 12-14], Bonded stationary phases are usually assumed to present a more uniform surface to the solute, so that retention is less likely to be effected by mixed mechanisms, and equilibration with solvents is rapid. There is greater potential for altering the selectivity of separations. Of those bonded phases which have been tried, aminopropyl phases are not suited to the separation of acidic lipids, whereas diol phases perhaps resemble silica too closely in their properties. A few reports of the use of a cyanopropyl phase have indicated considerable potential for the separation of non-polar (simple or neutral) lipids [18, 191 and phospholipids [20, 211, but detector limitations have restricted the range of mobile phases which could be tried to those transparent below 220 nm. Evaporative light-scattering detectors have few such drawbacks 1221 and one has been used here to determine the value of a cyanopropyl column for the separation of individual classes of non-polar lipids
Ali H. El-Hamdy(1-1993)
Publisher's website